The Book of Stones: Who They Are and What They Teach 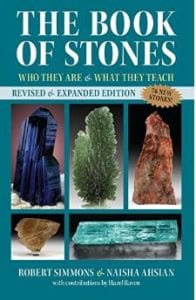 The Power of Your Mind (Edgar Cayce Series Title)

The Subtle Body: An Encyclopedia of Your Energetic Anatomy

The Book of Stones: Who They Are and What They Teach

The Power of Your Mind (Edgar Cayce Series Title)

The Subtle Body: An Encyclopedia of Your Energetic Anatomy

Mindfulness Matters to your State of Mind

If you’ve been wondering what all the fuss has been about colouring books for adults, then prepare to be enlightened.

According to the World Health Organisation (WHO), approximately 350 million people worldwide – of all ages – suffer from depression. Depression can be a traumatic sensation because it is usually recognisable as a dulling of the emotions, where the sufferer ceases to experience pleasure in activities they would have taken pleasure from previously. They experience instead, a heavy, tired feeling where it’s difficult to conceive of positive experiences. They also become prone to anger and self-loathing beyond normal limits.

It is normal to experience negative emotions about ourselves, but it becomes a problem when these emotions are the primary focus of our lives, and depression hits almost as soon as the sufferer wakes in the morning, often making it difficult for them to do something as simple as getting out of bed.

Mindfulness has become a buzzword recently that describes a meditative action, whereby the participant lives fully in the moment. They focus their attention on a task or activity and fully engage their senses upon it – like colouring in a colouring book. The action of colouring doesn’t require any deep thought. It’s a rhythmic motion that doesn’t necessarily involve fine motor skills, and it deeply involves the brain – offering a creative way to ease stress.

Mindfulness is a form of meditation – a non-judgemental activity that helps depression sufferers practice observing events without criticism.

Mindfulness allows us to be aware of the feelings we are experiencing – such as anger, sadness, or even disappointment at how our own behaviour has let us down – and observe it almost as if it were happening to someone else.

We tend to be much more forgiving of other people than we are of ourselves, which helps reflect that acceptance back on us. Acceptance is the first key to unlocking happiness.

Yoga is another form of mindfulness, which is under-utilised by many depression sufferers. Yoga is breath-centered. Every movement and every posture is synchronised with the yogi’s breathing. After some practice, it becomes natural for the yogi to notice when their attention has become distracted and bring it back to the task at hand.

Recognition of the point where your attention is wavering, turning from a positive thought to a negative one, goes a long way to stopping yourself from following your thoughts into negativity.